Let us begin with a bit of a dark picture. Nowhere in the Holy Scriptures are we told about a celebration commemorating the birth of Christ Jesus. Nothing in the Scriptures gives us any sure evidence about the date of this magnificent event. (The article you are reading was inspired by a larger article that goes into a lot of more detail about the same topic. To access it click here.)

The lack of Scriptural specificity about the facts surrounding the birth of the Judean King stands in sharp contrast to the details available about his death (each of the four Gospels provide the exact timing of Jesus’ death).

In the late second century, the Greek Church Father Origen mocked yearly celebrations of Roman birth anniversaries, discounting them as deeply pagan practices. This suggests that Christian communities did not yet celebrate Christmas during Origen’s lifetime (c.165-264). The first church figure to discuss the date of Jesus’ birth was Clement (c. 200), an Egyptian preacher from Alexandria.  However, December 25 was not even mentioned. By the middle of the fourth century, however, we find that Western churches were already celebrating the Birth of Christ on December 25, while the Eastern Churches did so on Jan. 7th.

How did the early Christians arrive at this dating? 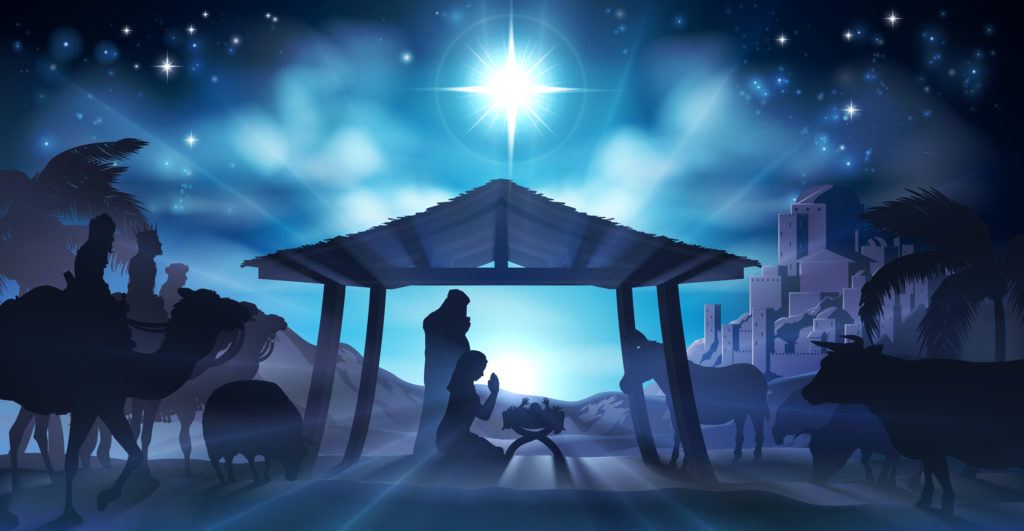 Surprisingly, the early church followed a very Jewish idea – that the beginning and the end of important redemptive events often happen on the same date (Babylonian Talmud, Rosh Hashana 10b-11a). In the beginning of the third century, Tertullian reported that since he knew precisely when Jesus died (14th of Nissan or March 25), he also knew exactly when he was conceived! He was most-likely wrong in his conclusions, but at least we can now see how they arrived to date of Christmas.

The logic went as follows: If Jesus was conceived on March 25 then counting forward to the 9 months of Mary’s pregnancy would place His birth on December 25. This is especially intriguing because January 1st used to be celebrated as the Day of Christ’s circumcision (8 days from the evening of Dec. 24).

It is very important to note that it was not until the 4th-6th centuries of the Common Era that Christians began to “Christianize” the local pagan celebrations of the peoples they sought to evangelize. There is no doubt that it was at this time, but not before, that Christmas began to acquire some of its pagan traditions. Why? Because until c.300-320 CE, Christians were fighting a counter-cultural war with the pagans of the Roman and Persian world. Consequently, they were not in the mood for cultural adaptations just yet.

Since December 25 as the supposed date of Christ’s birth was circulated 100-150 years before the practice of “Christianizing” pagan celebrations commenced, it is unreasonable to conclude that this date was adopted to please the Roman pagans as popular conspiracy theory suggests.

It is true that in 274 CE a Roman Emperor declared December 25 to be, “The Day of the Unconquered Sun,” (Sol Invictus). However, that was some 70 years after Christians had settled on December 25 as their Christmas date. (Moreover, the decree itself may have been issued to help stamp out the newly established Christian celebration). Before answering our main question, I think we should answer few related ones:

Is Christmas a Biblical Holiday?

No. It was not commanded by God in the Bible.

Does the celebration of Christmas contain elements that are pagan in origin?

Absolutely. There is no doubt about that whatsoever.

Is December 25 the correct date for celebration of the Birth?

And finally, is Christmas a Pagan Holiday?

There is nothing pagan about speculating that December 25 is the birthday of Jesus.

A Branch From David

Being “Born Again” in Hebrew Thought