Today, gematria is well-known as a Jewish interpretive method that assigns the numerical values of Hebrew letters to words, phrases, and/or sentences. Then, by adding those values together, it seeks to determine the “deeper meaning” of the text. Sometimes that connection is far-fetched, but sometimes it is quite clear. Surprisingly in some way it is traceable even to the NT times.

In Matthew’s genealogy (which shows that Jesus was a descendant of King David) we read:

The numerical value of the Hebrew characters forming the name of the great King of Israel – David (דוד) is 14.

Matthew uses genealogy to intentionally tie Jesus to David numerically (through a gematria of 14) three times. His point is that Jesus is the son of David, i.e. the Messiah.

Although the beast of Revelation is almost certainly not limited to the first-century, near the time of Revelation’s composition there was a blood-thirsty persecutor of the early Christ-followers – Nero.  His name and title in Hebrew (Nero Ceasar – נרון קסר) has a numeric value of 666. According to tradition, both Peter and Paul were martyred during his reign.

It is likely that Nero was a symbolic figure of all future government-sponsored persecutions (people like Hitler, Stalin, Al Bagdadi, among many others). If the original identification of the beast as Emperor Nero is correct, this would explain why some early manuscripts of the Book of Revelation have 616 instead of 666 as the number of the beast. The difference likely arose from spelling Nero’s name as it was pronounced in Latin instead of Hebrew. In its Latin pronunciation, the “nun” (which has a numerical value of 50) was dropped in seeking to help readers not to confuse the identity of the godless Roman emperor with someone else. Hence we get 616 in some later manuscripts rather than 666 in earlier (original) ones. There are even more hidden treasures just waiting for you to unearth when you begin to read the scriptures from a Jewish perspective. 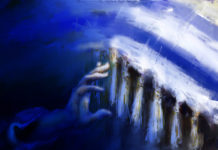 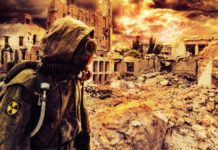