Home Hebrew Bible How Abraham Broke Away from Cain’s Curse

The story of the capture of Lot (who now headed a separate “clan”) is told in considerable detail in Genesis 14:1-12. When a rebellion between local vassal servant kings and a regional imperial power broke out, Lot and his family were captured, together with everyone else who stood in the way of the winning party. It appears that Abram had excellent people and life skills. He developed a true friendship and military alliance with Eshkol and Aner, who were his neighbors. His man came from the field of battle and reported to Abram at the oaks of Mamre (Mamre was apparently the name of the person who owned the land, as inferred from Gen. 14:24) that Lot had been captured. This was the perfect opportunity for Abram to mimic Cain’s response – “Am I my brother’s keeper?!”

Unlike Cain, and at great personal risk to himself and his entire household (from whom Lot had separated) Abram responded decisively and set out on a daring rescue mission. His young men were fully trained solders. He knew, given the dangers of living in the Middle East at that time (and nothing has really changed), that sooner or later their training would pay off. So he summoned over three hundred of his men, born in his household, along with the men of his military allies Aner, Eshkol and Mamre, and set out towards the very north of what would one day become Israel – the future territory of the tribe of Dan. This essentially continues to fulfill God’s command to explore the entire land he was given as inheritance (Gen. 14:13-14).

Let us read carefully how Moses and the editors formulate the result of Abram’s daring short-term military operation. We read in Genesis 14:16:

Abram put Lot’s captors to flight and drove them out of the land which God had now promised would belong to him (Gen. 13:14-17, 14:15). What is interesting is that we see here, with the rescue of Lot’s clan, the direct benefit of being connected to Abram even if not part of his immediate family. We might remember that Lot’s children will one day become part of the nations of the world living around Israel. In seeking to understand the Torah’s positive assessment of the life of Abram, we are also forced to face his obvious imperfections. Nevertheless, he is characterized by his trust in God, despite his imperfect behavior. Abram showed himself to be a reliable friend, a loyal relative, and a committed worshiper of the LORD at every critical point in his life. 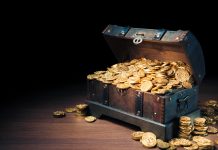 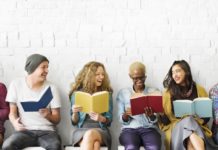 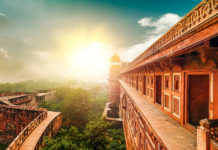