Home Jewish Gospels The Book Of Enoch And The Son Of Man?

In John 9 we are told of Jesus’ interaction with the person whom he previously healed of blindness. Upon learning of his troubles with the Judean authorities Jesus said: “’Do you believe in the Son of Man?’ He answered, “Who is He, Lord, that I may believe in Him?” Jesus said to him, “You have both seen Him, and He is the one who is talking with you.” And he said, “Lord, I believe.” And he worshiped Him. (John 9:35-38) The Book of Enoch, a Jewish pre-Christian literary work, testifies that among Jews even before Jesus there were already well developed notions of the Son of Man. The lined up quite well with the figure of the gospel’s Son of Man (Yeshua/Jesus).

1. And in that place I saw the fountain of righteousness
Which was inexhaustible:
And around it were many fountains of wisdom;

And all the thirsty drank of them,
And were filled with wisdom,
And their dwellings were with the righteous and holy and elect.
2. And at that hour that Son of Man was named In the presence of the Lord of Spirits,
And his name before the Head of Days.

3. Yea, before the sun and the signs were created,
Before the stars of the heaven were made,
His name was named before the Lord of Spirits.

4. He shall be a staff to the righteous whereon to stay themselves and not fall,
And he shall be the light of the Gentiles,
And the hope of those who are troubled of heart (click here).

5. All who dwell on earth shall fall down and worship before him,
And will praise and bless and celebrate with song the Lord of Spirits.

6. And for this reason hath he been chosen and hidden before Him,
Before the creation of the world and for evermore (click here).

No One Has Been to Heaven? 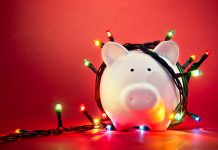