It happens quite often that someone comes up to me and says: “Brother, where you go wrong is in distinguishing Jews and Gentiles, even though both are in Christ! Now there is no longer Jew nor Gentile. We are now all the same in Christ!”.

In Gal. 3:27-29 we read: “For all of you who were baptized into Christ have clothed yourselves with Christ. There is neither Jew nor Greek, there is neither slave nor free man, there is neither male nor female; for you are all one in Christ Jesus.  And if you belong to Christ, then you are Abraham’s descendants, heirs according to promise.” (NASB)

Although terms as such “baptized” and “Christ” today sound exclusively Christian it was clearly not so in Saul Paul’s time. In fact, back in the first-century, they sounded exclusively Jewish!

When someone who was Greek went through the Jewish ritual of washing with water (mikvah/baptism) in the name of the Jewish Christ, and in so doing professed faith in Israel’s God, something very important happened – this Greek man or woman, in some real way became a child of Abraham and co-heir together with Jews to the promise of Israel’s God!

So, are Christ-followers now Jews? No, but they are part of the Commonwealth of Israel as the nations of the world worshiping Israel’s God through Jewish Christ (Eph.2:12). They are God’s people along with the Jews, heirs to the promises of God together with them.

Abiding in Faith, Hope, and Love

Are there still Jews and Greeks? 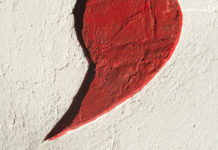 Can a Comma Be Antisemitic?