When Joseph reunites with his brothers in Egypt, he recalls their initial attempt to dispose of him in the well, saying, “As for you, you meant evil against me, but God meant it for good, in order to do as it is this day: to make many people live” (Genesis 50:20). In other words, whereas Joseph’s brothers committed an evil act against him, God worked through the misfortune of one person to bring about salvation for many. This will not be the last time that God works in this way to effect corporate deliverance. The brothers’ activity against Joseph, and the eventual salvation that comes from it, alludes to the Passover sacrifice that leads to the exodus from Egypt.

In an effort to deceive Jacob into thinking that Joseph had been eaten by an animal, Joseph’s brothers “took (לקח; laqach) Joseph’s garment and they slaughtered (שחט; shachat) a goat and dipped (טבל; taval) the garment in blood (דם; dam)” (Genesis 37:31). All of this Hebrew language reappears at the first Passover when Moses tells the elders of Israel, “Go and choose a lamb for yourselves according to your clans, and slaughter (שחט; shachat) the Passover lamb. Take (לקח; laqach) a bunch of hyssop and dip (טבל; taval) it in the blood (דם; dam) that is in the basin, and touch the lintel and the two doorposts with the blood” (Exodus 12:21-22). In Genesis, the brothers slaughter a goat, take Joseph’s garment, and dip it in the animal’s blood; in Exodus, the elders slaughter a lamb, take hyssop, and dip it in the blood. Joseph’s brothers partake in a kind of perverse Passover ritual against their brother, but God will respond to this negative foreshadow by saving many lives through Joseph’s acts in Egypt.

The intertextual links between Genesis 37:31 and Exodus 12:21-22 make a major theological impact with just a few parallel words. The slaughtered goat in Genesis is a representation of Joseph’s own personal sacrifice as someone who would be abandoned, sold, and imprisoned. His brothers take his garment and dip it in blood in order to commit an evil act against their younger brother. However, God works through that act in order to “make many people live” when Joseph saves them from famine (Genesis 50:20). Similarly, God gives life to the many imprisoned Hebrews through the sacrifice of the Passover lamb. This theological theme of sacrifice for the good of the many is also foundational to the Gospels’ portrayal of Jesus as one who “did not come to be served, but to serve, and to give his life as a ransom for many” (Matthew 20:28; Mark 10:45). Joseph’s experience points to the notion of sacrifice for salvation that runs throughout Israel’s story. 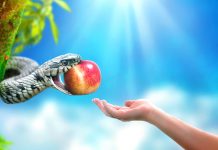