Abraham’s nephew Lot was taken captive during a local war. Abraham rescued him and returned to Canaan with all the goods and people he took back from the attackers. A famous meeting took place where Melchizedek, the ruler of Salem and priest of God Most High, welcomed him back and blessed Abraham’s God. Abraham accepted his hospitality and humbly gave him a tenth of the goods.

Then Bera, the ruler or Sodom, wanted to divide up the spoils of war and include Abraham. But Abraham refused to take anything for himself. He said, “I will not take a thread or a sandal thong or anything that is yours, for fear you would say, ‘I have made Abram rich’”(Gen 14:23). Abraham had made a promise to God he would not enrich himself through these relationships (Gen 14:22) because he wanted to make sure that God would be one honored for making Abraham prosperous.

Abraham emphatically told Bera, “not a thread or a shoe strap” אִם־מִחוּט וְעַד שְׂרוֹךְ־נַעַל (will I take)”. This type of language may sound strange to modern people, but “a string”, “a rope” or “a sandal strap” are deemed to be worth almost nothing. What Abraham says is, “I will not accept even an item of most insignificant value.”  While this may sound arrogant, in the context of his victory he was expressing humility by saying to the local kings that they alone should exercise their right to the spoils of war.

When John the Baptizer, a priest by birth, met Yeshua (Jesus), he remarked about being not worthy to untie ἱμάντα τοῦ ὑποδήματος “the strap of his sandal” (John 1:27). The verb שָׂרַךְ (sarach) in Hebrew means “to entangle” or “to tie” thus שְׂרוֹךְ (seroch) is a strap. And נַעַל (naal) means a shoe. So שְׂרוֹךְ־נַעַל (seroch-naal) is “a shoe strap”.  John showed his humility by saying that even he as a prophet cannot perform the most menial of tasks associated with Messiah’s shoe strap. 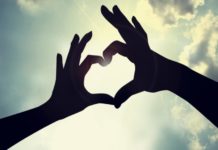 Success Comes From the Heart 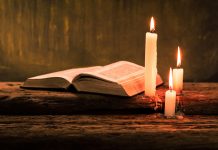 Is the Law for Salvation?

The Riddle of the Passover Bone