In Mark 7 we read about a sharp debate between Judean Pharisees and Jesus over the fact that his Galilean disciples did not follow an important Pharisaic innovation introduced long ago. This innovation had to do with the perceived need to ensure that prior to consuming clean/fit and properly prepared food, a person must also wash hands, in order not to make something that is already holy, common by accident. By the time the conflict recounted in Mark 7 occurred, this Pharisaic innovation had already become “a tradition of the elders” and was treated as such, with great respect by most Judeans. (vs. 1-4)

Quoting Isaiah, Jesus accuses the Pharisees of neglecting the commandments of Torah, holding instead to the tradition of man. (vs. 8) Addressing the crowd, Jesus states: “There is nothing outside the man which can defile him if it goes into him, but the things which proceed out of the man are what defile the man.” (vs. 15) This was but a summary of regulations governing bodily discharges as spelled out in Leviticus 15. These bodily discharges come out of the body and do not enter it. According to Jesus, a much deeper spiritual reality is concealed here – namely, that all evil comes out into the world from the human heart (meaning inside out not the other way around). (vs.20-23)

Some rightly seeking to reclaim the intensely Jewish character of Mark’s gospel has mistakenly suggested that vs. 19 (Thus He declared all foods clean) is an editorial addition to the original text, made by Gentile Christians disinterested in Jewish issues. I suggest, however, that this line is in fact, an integral part of Mark’s very Jewish argument! The law of bodily discharge is a case in point. Defending Torah against the Pharisees, Jesus upholds a long-standing Galilean Jewish tradition, declaring that foods cannot make an Israelite unclean, because in Torah it works the other way around! 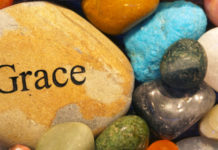 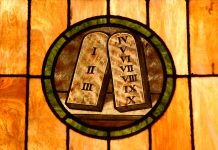 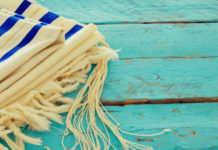