There are several reasons why this topic is making a powerful comeback. The primary reason is that in the past 20 years Christian Churches around the globe, represented by almost every major Christian denomination, have become much more aware of the Jewish identity of their Savior and King. This, of course, is a wonderful thing.

The question is usually framed in a very simple way: “Must Christians observe the Jewish feasts?” I would submit to you that there are several problems with how the question is formed.

First, the assumption is that “Christians” are members of a non-Jewish movement, independent in every way from the people of Israel. Knowing what we now know about the Jewish background of the New Testament, we can say with full confidence that this is clearly not the case.

Second, the question refers to the Feasts of the Lord as “the Jewish feasts,” as if these feasts did not belong to God himself as their biblically native terminology clearly implies. Only when we adopt the biblical (rather than theological) categories, can we begin to see that we are asking the wrong question. Wrong questions in turn are known to lead good and godly people to wrong answers.

Third, the inclusion of “must” is problematic as well. It unintentionally advances the question in the context of the Protestant-Catholic, 16th-century divide regarding personal salvation (faith vs. works).

I would restate the question in a way that, while surely more cumbersome in Christian English (the language of our communication), is more fitting to the biblical context:

“Should the follower of the Jewish Christ, who comes from the nations and not from Israel, also mark as holy ‘the Feasts of Lord’”?

I think the answer to this question is clearly – yes. The question is not “if”, but “how” must Gentile followers of the Jewish Christ observe the Feasts of the Lord in covenantal continuity and partnership with Israel, yet with full realization of the powerful implications brought forth by Jesus’ life, death, resurrection and ascension.

It is indeed very interesting to note that Christian Churches, especially in their Catholic and Eastern Orthodox expressions, have never claimed that believers should cease to observe the feasts of the Lord.

In fact, both Christian communities (along with most protestant ones) have regularly marked many key biblical feasts with special worship celebrations. Unfortunately, they have often observed the feasts purposely on different dates and often inventing traditions far removed (and sometimes antithetical) to the original biblical injunctions.

Gentile Christians today are called to reunite with the people of Israel through, among other things, Christ-centered observance of the Feasts of the Lord and in so doing to experience their belonging to the Commonwealth of Israel. 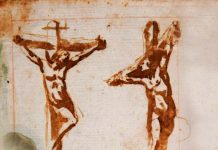 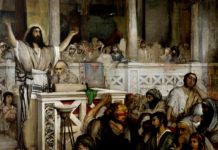 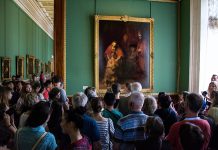