One of the most confusing things for believers today is the sheer abundance of Bible translations. One simply does not know which version to believe. In my own interactions with countless Christians, I am often asked: “If I want to read the most faithful translation of the original manuscripts, which translation should I chose?”

My common answer is that no translation is perfect. It is frankly impossible to fully and perfectly reflect the exact nature of the original text, no matter what translation method was used by the scholar or team of scholars, no matter how competent they are as translators. Regardless of how disheartening this may sound to the ears of modern Christians, we must not evaluate translations in terms of perfect vs. imperfect (all translations are, in fact, imperfect), but rather in terms of “less accurate” vs. “more accurate”. This is one of the reasons why you, a serious Bible-believing Christian, must stop delegating your own responsibility for the study of Hebrew to the “priestly” elite class within the global church (the biblical scholars). Instead you too must take responsibility and be a part of the coalition of the willing who examines and double-checks all official translations.

Essentially, there are only two types of English translations available today – the King James Bible and all others. No doubt my previous sentence is bound to create a storm of angry responses for lumping together such diverse translations as the New International Version (NIV) with the New American Standard Bible (NASB) or the New Living Translation (NLT) with the English Standard Version (ESV). Even at the risk of provoking your righteous wrath, I maintain that this categorization of English translations is accurate.  Let me explain.

Whatever the faults of the KJV, there has never been another Bible translation that approached its literary beauty and grandeur. The KJV translation of the Bible is as colorful as the personalities that put it together (you should one day listen to God’s Secretaries: The Makings of the King James Bible by Adam Nicholson). Prof. Robert Alter (interacting with another scholar) has succinctly stated that the King James Bible, “remains the closest approach for English readers to the original – despite its frequent and embarrassing inaccuracies, despite its anachronisms, and despite its insistent substitution of modern English tonalities and rhythms for biblical ones.” I encourage you to read Robert Alter’s own “Hebrew Bible” translation in three volumes, where he attempts uniquely (and to my mind very successfully) to remedy many shortcomings of both the King James Version and other modern translations.

One major improvement is that Alter’s translation does not sacrifice the physicality and concreteness of the original Biblical Hebrew (as all modern translations do) in favor of modern demands for dry informational clarity which essentially obliterate the music behind the text of the Hebrew original.

In retaining those elements of the original Hebrew, his translation makes a tremendous leap forward in revealing the poetry, rhythm, tone, and therefore, the original meaning of the Ancient Hebrew text shared by Christian and Jewish communities for centuries.

We had the privilege of conducting an exclusive interview with Prof. Robert Alter as part of our guest scholar talks series. You can review our Hebrew Bible collection mini-courses here. 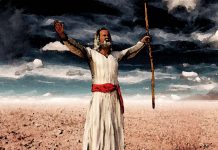 Does God Ever Tempt? 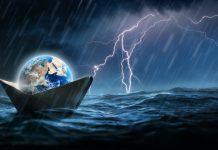