While visiting a tanner’s house in Jaffa, Peter went up on the roof to pray. It was midday and he was hungry. As he prayed he was shown a strange vision:

The sky opened up, and an object like a great sheet coming down, lowered by four corners to the ground, and there were in it all kinds of four-footed animals and crawling creatures of the earth and birds of the air. A voice came to him, “Get up, Peter, kill and eat!” But Peter said, ‘By no means, Lord, for I have never eaten anything unholy and unclean.’ 15 Again a voice came to him a second time, “What God has cleansed, no longer consider unholy.” (Acts 10:11-15 NASB)

Since this vision contained a mix of clean and unclean animals that Peter was commanded to “slaughter and eat,” some New Testament interpreters wrongly interpret this vision in terms of food, so that God’s command to Peter marks the divine abolishment of differences between clean and unclean animals detailed in the kosher food laws (cf. Lev 11; Deut 14). But Peter knew the vision was not about food. He explains to the non-Jewish Cornelius that it was unlawful “for a man who is a Jew to associate with a foreigner or to visit him; and yet God has shown me that I should not call any man unholy or unclean” (Acts 10:28 NASB).

Like many first-century Jews, Peter saw Gentiles as κοινὸν καὶ ἀκάθαρτον (koinon kai akatharton) “unholy and unclean.” Contact with non-Jews was not explicitly prohibited in the Torah. However, first-century Gentiles were idol-worshippers who did not live their lives in accordance with God’s ways revealed to Israel in the Torah. Speaking of the idolatrous tendencies of the Gentiles, a Jewish author writing two centuries before Yeshua warns:

“Separate yourself from the Gentiles, and do not eat with them, and do not perform deeds like theirs. And do not become associates of theirs. Because their deeds are defiled, and all of their ways are contaminated, and despicable, and abominable. They slaughter their sacrifices to the dead, and to the demons they bow down. And they eat in tombs. And all their deeds are worthless and vain.” (Jubilees 22:16-17)

In Acts 11:3 Peter’s friends shamed him for socializing with Gentiles, but after they heard Peter’s report they “glorified God, saying, ‘Well then, God has granted to the Gentiles also the repentance that leads to life’” (Acts 11:18 NASB). God did not cleanse unclean foods in order to make them acceptable for Jewish consumption; rather, God cleansed those of the nations who hear his voice! 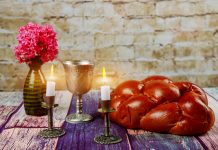 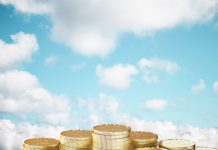 What Are “Treasures in Heaven”?