Home Hebrew Prayer Why Did Moses Disagree with God?

In an early interaction, God told Moses that He will send his angel to guide Israel along the way. The people of Israel were warned not to disobey God’s messenger because he would not forgive their transgressions if they rebelled against him. (Ex. 23:21)

Moses approached God with a very bold request indeed; He asked for God to personally accompany Israel instead, refusing to move anywhere without His own personal presence (Ex. 33:12-16). Why did he take the risk of challenging God? Why did Moses disagree with God?

In the end of incredible experience of seeing the back of God, hearing the words that described his fundamentally gracious and forgiving nature (Ex. 34:6), Moses disclosed his reason: “…because this is a stiff-necked people. Pardon our iniquity and our sin, and take us for Your own!” (Ex.34:9) In other words, Moses’ argument was as follows: God should go with Israel and forgive them, precisely because they are stiff-necked people!

Since God said that angel would not forgive Israel if they rebel against him (Ex. 23:21), Moses knew that his only hope was to persuade God Himself to come instead. While being hidden in the cleft of the Rock, Moses became aware that YHWH (unlike his angel) was able to forgive “iniquity, transgression, and sin” (Ex. 34:7). Moses understood that given Israel’s sins only if God will go with them would Israel have a chance for a future.

Hassidic Rabbi Levi Yitzchak of Berditchev (who may have been my relative on my mother’s side) once prayed this way:

“Lord of the universe, I want to propose a deal. We have many sins. You have much forgiveness. Let us exchange our sins for Your forgiveness. And if You should say that this is not a fair exchange, then my reply is: If we had no sins, what would You do with all Your forgiveness?” 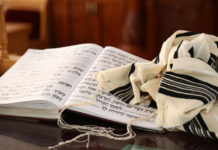 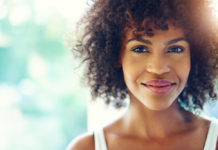 Thank You, God, for Not Making Me a Woman 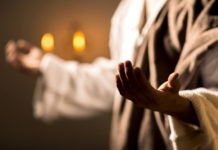