With reference to Paul’s olive tree metaphor in Romans 11, it’s common to hear that Gentiles who follow Jesus have been “grafted into Israel.” Based on this assertion, non-Jews are assumed to have become a part of Israel and, therefore, should follow the Torah commands given to God’s people at Sinai. Yet, this reading of Romans is imprecise. While it’s true that Paul describes the nations being “grafted in” to a metaphorical olive tree (11:11-24), this image does not suggest that non-Jews are now “Israel.” Paul proclaims that Gentiles share the blessings of God alongside Israel, but not as Israel.

In Romans 11, Paul describes an olive tree with different branches. Some of these branches are “natural” (φύσις; phúsis; Rom 11:21) and have been a part of the tree from the start. But Paul also mentions another kind of branch: a “wild olive shoot” (ἀγριέλαιος; agriélaios; 11:17) that has been grafted into the plant from elsewhere. The wild branch is an individualized metaphor for Gentiles who have put their faith in the Jewish Messiah; these non-Israelite Jesus followers are now in the same “olive tree” as the natural Jewish branches—grafted in “among them” (ἐν αὐτοῖς; en autois; 11:17). Paul’s rhetoric leads some readers to conclude that believing Gentiles have been transformed into members of Israel and, as such, this gives all Jesus followers license to observe every aspect of the Mosaic Law—including commands like circumcision and dietary stipulations, whose function had been to set apart Israel from the other nations.

Though this reading of Romans may sound compelling, Paul does not assert that Gentiles have become part of Israel. Rather, Romans says that the wild olive shoot was grafted into the tree among the natural branches of Israel that had been there all along (11:17). Once the wild shoot has been grafted, however, it does not become “natural”—that is, Gentiles do not become “Israel.” Referring to some of the natural Jewish branches that have been “broken” (ἐκκλάω; ekkláo) due to unbelief, Paul tells Gentiles to consider their own position, saying, “If God did not spare the natural branches (φύσιν κλάδων; phúsin kládon), neither will he spare you” (11:21). In other words, it would be easier for God to break the olive tree’s wild, recently grafted Gentile branches than the natural branches of Israel. In this scenario, Paul calls Israelites the “natural branches” and distinguishes them from “you” (σοῦ; sou)—i.e., the representative Gentile whom he warns. Therefore, a distinction remains between those of Israel and those of the nations.

In fact, while the natural branches on the tree have been “broken” (ἐκκλάω; ekkláo), Paul warns that the unnaturally grafted Gentile branches will be “cut off” (ἐκκόπτω; ekkópto) if they aren’t careful (11:22). Though Jews and Gentiles in Jesus are all part of the same olive tree, some of its branches remain “natural,” while others have been grafted in “against nature” (κατὰ φύσιν; kata phúsin; 11:24). More, Paul has ethnic Jews in mind when he notes that the metaphorical plant is “their own olive tree” (τῇ ἰδίᾳ ἐλαίᾳ)—the tree belongs to Israel, and Gentiles have been fortunate enough to be grafted onto that tree through faith.

But if Gentiles don’t become “Israel,” into what have they been grafted? Paul states that Gentile newcomers “share in the rich root (ῥίζα; rhíza) of the olive tree” (11:17). This “root” is not the nation of Israel, but rather Jesus himself. Near the end of Romans, Paul quotes from Isaiah 11:10 LXX to show that Jesus emerges from the house of David and governs all the nations: “The root (ῥίζα) of Jesse will come; he who arises to rule the Gentiles” (Rom 15:12). Thus, when Paul mentions the “root” of the olive tree, he’s talking about Yeshua. It is this messianic root that Gentiles now share with Israel, and Paul underscores this reality with a further quotation of Deuteronomy 32:43: “Rejoice, O Gentiles, with his people” (Rom 15:10). Jesus’ Gentile followers worship God with the people of Israel, but not as Israel. The nations are adopted into the family of God alongside the biological children, and Paul assures Gentiles that this adoption will instill them with “hope by the power of the Holy Spirit” (Rom 15:13). 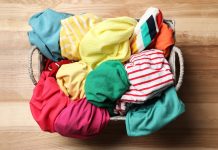 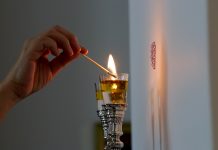 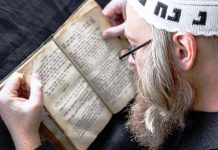