Home Jewish Gospels Binding and Loosing in the Gospels and Talmud

In Matthew 16:19 and 18:18, Yeshua speaks of “binding” and “loosing” on earth and in heaven. Many modern Gospel readers do not realize that these terms, especially when they are used alongside each other, are common ancient Jewish idioms for that stand for “forbidding” and “permitting” in a legal context. In Hebrew, אָסַר (asar) means “to tie up,” “bind,” “confine,” “imprison,” and, idiomatically, “to forbid.” The term הִתִּיר (hitir) means “to untie,” “unbind,” “release,” and, idiomatically, “to permit.” In the late first century, Josephus uses the Greek equivalents of this Hebrew terminology; below are several examples of these terms in the later Talmud (c. 600 CE).

These ancient Aramaic and Hebrew texts use the terminology of binding and loosing frequently, and it is very clear what they mean from the broader talmudic context. In this first passage, the rabbis discuss the flexibility of Torah interpretations and rulings derived from them:

There was once a contention between some rabbis from the land of Israel and rabbi Hanina. They deliberately reversed his rulings, justifying their actions that he was acting on his own and Israel is the final authority on matters of importance (Isaiah 2:3). These rulings were described as “binding” and “losing” decisions. This is what the Talmud records:

“Ḥanina would rule an item pure and the Sages from Eretz Yisrael would rule it impure; they ruled stringently. But in a case where he ruled an item impure and they ruled it pure, what are the circumstances? How could they rule pure that which he ruled impure? Was it not taught in a baraita: If a Sage ruled an item impure, his colleague is not permitted to rule it pure; if he prohibited it (אסר; asar), his colleague may not permit it (להתּיר; lehatir)? The Gemara explains: They held that they must do so in this case, so that people would not be drawn after him; due to the exigencies of the time they overturned his rulings.” (Babylonian Talmud, Berachot 63b, Sefaria Translation)

Another passage in the Jerusalem Talmud describes the rabbis arguing about the commandment in Exodus 35:3. The verse prohibits the lighting a fire on the Sabbath, but it is unclear whether it applies to a regular Sabbath only or a festival as well. Some “bound it” i.e., forbade it (others, “loosed” or permitted it):

“The House of Shammai prohibits (אוסרין; osrin) and the House of Hillel permits (מתירין; matirin).” R. Nahum. the brother of R. Ila asked about this matter before R. Yohanan. He told him. ‘Do not prohibit it. And do not permit it.’” (Jerusalem Talmud, Beitzah 5:2, Neusner Translation)

Examples of “binding and loosing” decisions are colorful in rabbinic texts. In Tosefta on Avoda Zarah 7a Rabbi Ami quoted this saying, “What one wise man forbade do not ask of another wise man, or he may permit it… (נשאל לחכם ואסר לא ישאל לחכם אחר שמא יתיר)”. Every time these terms are used in a legal context they mean “to forbid” and “to permit”. In studying the gospels we should always be guided by the historical and cultural uses of language and be aware of Jewish ways of life. The context of Matthew 16:19 and 18:18 is making rules. I hope that examples of these ancient texts paint a vivid picture of how “binding” and “loosing” were not connected to exercising power over the devil or spiritual warfare, but rather described the process of establishing norms and rules. 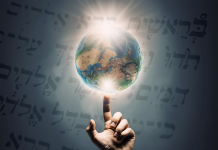 Is the New Covenant really New?