Home Jewish Apostle Paul Can a Comma Be Antisemitic?

Can punctuation be anti-Jewish? At least one scholar thinks so. Frank Gilliard has argued that a single comma gave generations of Christians a very wrong impression of the Jewish people, tragically leading to much antisemitism throughout history. In 1 Thessalonians 2:14-15, most English translations have something along the lines of “…the Jews, who both killed the Lord Jesus and the prophets, and drove us out” (NASB). That sounds like an extremely strong anti-Jewish statement. But what if there should be no comma after the word “Jews”?

Ancient texts were almost always written without punctuation. Any commas, periods, question marks, and the like represent later additions by editors and translators. The choice of punctuation can make a big difference for the meaning of a sentence. If someone writes, “We must oppose the judges who take bribes,” this sounds like a good and principled stand in favor of justice and against a minority of corrupt judges. But if someone else writes, “We must oppose the judges, who take bribes,” the use of the comma implies that all the judges are corrupt and must be resisted. (In grammatical terms this is known as the difference between a restrictive and a nonrestrictive clause.)

In addition to what Gilliard called “the antisemitic comma,” many translations of 1 Thessalonians 2:14-15 have another problem, too. The context strongly suggests that “Judeans” would be a more appropriate translation than “Jews.” The NKJV does make this adjustment, but still paints the whole group with the same broad brush: “…the Judeans, who killed both the Lord Jesus and their own prophets, and have persecuted us.” David Matson has proposed to fix both problems at once in the following way: “…the Judeans who killed both the Lord Jesus and the prophets.” The Messianic Writings version uses a different kind of comma to try to show that the text is speaking only of some people in Judea: “…the Judeans, those who killed both the Lord Yeshua and the prophets, and drove us out.” Perhaps the clearest way to express this would be: “…those [particular] Judeans who killed…”

According to the Gospels, most Jews – and most Judeans – strongly supported Jesus/Yeshua of Nazareth, while a tiny minority wanted him killed. Losing sight of this fact, later editors and translators often produced texts that made readers think instead that the entire Jewish people had murdered this “powerful prophet” (Luke 24:19). The claim that “the Jews killed Christ” then fed into anti-Jewish hatred and violence across the globe for many centuries. In this day and age, many traditional translations and theologies are slowly being corrected, and perhaps even the “antisemitic comma” will soon be a thing of the past! 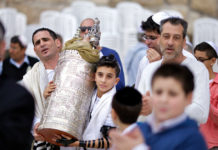 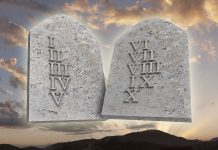