The passage about deacons in First Timothy stipulates that “deacons each be the husband of one wife” (3:12). Since this brief statement seems to assume that deacons are men, some Christian churches and denominations do not allow women to serve as deacons. However, this exclusionary conclusion is based on a narrow view of the early Jesus movement. First, Paul acknowledges female deaconship and describes women as overseers of the ekklesia. Second, the pertinent passage in First Timothy can be read in a way that includes women as deacons. Third, Roman correspondence about early Christians mentions female deacons in the Jesus-believing assemblies. Women have served as deacons since the beginning of formal organization in the Jesus movement.

Near the end of his letter to the Romans, Paul begins a list of fellow believers by mentioning “Phoebe our sister, who is a deacon (διάκονος) of the assembly in Kenchrea” (Rom 16:1). While the fundamental meaning of διάκονος is “servant,” the context supports the notion that Phoebe is a formal leader or “deacon” over the believers in Kenchrea. Paul goes on to describe her as a “patron (προστάτις; prostátis) of many and also of myself” (16:2). The Greek word for “patron” literally means one who “stands over” another. For instance, Paul reminds believers about “those who labor among you, and stand over (προΐστημι; proistemi) you in the Lord” (1 Thess 5:12). In the passage from 1 Timothy, the male deacons are described as “standing over (προΐστημι) their children and their own households” (1 Tim 3:12). When Paul refers to Phoebe as a “deacon” with this exact same language, readers can know that she provides leadership, not only for her city’s assembly, but even for Paul himself.

The language about deacons in 1 Timothy is somewhat ambiguous, but it could well refer to women as deacons alongside men – which would make sense, since Paul underwrites Phoebe as a deacon explicitly. The discussion in 1 Timothy begins, “Deacons (διακόνους; diakónous) likewise must be dignified” (3:8). Then, some English translations state that “their wives” must also act in dignified ways (3:11). However, there is no “their” in the original language; instead, the Greek merely refers to γυναῖκας (gunaikas), which can mean either “wives” or “women.” If we choose the latter, then 1 Timothy 3:8 begins with discussing male “deacons” (διακόνους is a grammatically masculine noun), and then 3:11 adds to the discourse on deacons by saying that “women”—that is, women who are deacons—must also act in dignified ways that mirror those of the men.

Outside the New Testament, there is early evidence of female deacons as leaders of Jesus-believing assemblies. Around the year 112 CE/AD, the governor of Pontus/Bithynia writes a letter to the Roman emperor Trajan. Pliny, the governor, asks the emperor what should be done about a religious group that some have denounced to him as “Christians.” Pliny embarks on a fact-finding mission, telling Trajan, “I judged it all the more necessary to find out what the truth was by torturing two female slaves who were called deacons” (ministrae). The Latin ministra can mean a female “minister,” “handmaid,” or even “nurse.” Pliny notes that these women “were called” ministrae among the believers, which indicates that the term was a known title in the assembly; thus, the best way to understand ministrae is as official ministers or deacons. When most English New Testaments speak of Jesus, Paul, or other apostles as “ministers” who serve in spreading the gospel, the underlying Greek word is actually “deacon” (e.g., Rom 15:8; 1 Cor 3:5; 2 Cor 3:6; Eph 3:7; 1 Thess 3:2), so Pliny’s Latin term maps on to the Greek notion of “deacon.” More, the fact that Pliny tortures these two particular women in the hopes of extracting meaningful information shows that he understood them to hold leadership roles. Based on the multiple attestations of female deacons as leaders, it is clear that the office of “deacon” was open to women at the outset of the Jesus movement. 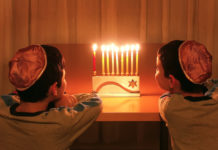 How Can the Childless Get Children?