In the Olivet discourse, Jesus portends the future destruction of the Temple and promises his ultimate return. After describing his arrival with the angels, he declares, “This generation will not pass away until all these things take place” (Mark 13:30). Yet, Jesus’ generation has long since passed away; it’s been nearly two thousand years and these end-time events have not occurred. Due to this apparent disjunction, some modern readers argue that Jesus refers hyperbolically to his vindication after the Temple’s destruction in 70 CE. Others assume that Jesus’ prophecy was imprecise. Yet, these conclusions miss the centrality of resurrection in ancient Jewish thought. Jesus believed that everyone would be raised from the dead on the last day, so that his own generation would be alive to witness his arrival with the clouds of heaven.

When Jesus says that his own generation will not pass away before his arrival, he points to the new creation that God will work through resurrection at the end of days: “This generation will not pass away until all these things take place. Heaven and earth will pass away, but my words will not pass away” (Mk 13:30-31). Jesus’ reference to heaven and earth passing away recalls Isaiah’s vision of the final judgment. God says through the prophet, “I create new heavens (השׁמים החדשׁים; ha’shamayim ha’hadashim) and a new earth (הארץ החדשׁה; ha’aretz ha’hadashah), and the former things shall not be remembered…. As the new heavens and the new earth that I make shall remain before me… so shall your offspring and your name remain… [and] all flesh shall come to worship before me” (Isa 66:22-23). Isaiah envisions the passing away of the old world, but Israel’s “offspring” remain so that “all flesh” stands before God. Many Jews of Jesus’ day read these verses as prophesying a universal resurrection at God’s new creation, and Yeshua alludes to this idea when he promises that his own generation will remain after the current heaven and earth have passed away.

In Mark, Jesus discusses this end-time condemnation for some of his own generation in a way that foreshadow the Olivet discourse: “Whoever is ashamed of me and of my words in this adulterous and sinful generation, of him will the Son of Man also be ashamed when he comes in the glory of his Father with the holy angels” (Mk 8:38). Jesus reuses all of this language when he describes his return after the suffering of 70 CE: “In those days, after that suffering… they will see the Son of Man coming in the clouds with great power and glory. And then he will send out the angels…. This generation will not pass away until all these things take place. Heaven and earth will pass away, but my words will not pass away” (Mk 13:24, 26-27, 31). The Son of Man will return in tandem with the universal resurrection of the dead, at which time Jesus’ generation will stand together with all the generations that have ever existed. It is based on this Jewish belief in resurrection that Yeshua asserts, “This generation will not pass away until all these things take place.” 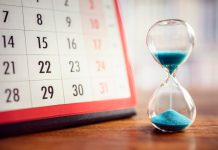