Many people would find the notion of God praying nonsensical, but not the ancient rabbis who wrote the Talmud. Atheists often argue with Christians, saying, “If Jesus was divine, then why and to whom did he pray?” The ancient Jewish idea of prayer תְּפִלָּה (tefilah) is broader than the formal prayers most moderns envision between a worshiper and a deity. To the rabbis, a prayer (תְּפִלָּה; tefilah) is a posture of introspection or speaking within yourself–that is, not necessarily a prayer directly outward, but rather an inward meditation on one’s words and thoughts. Prayer is not a mechanism made up of only thanksgiving, praise, requests, or confessions; instead, it is an act of communal bonding and, therefore, God can join with people in prayer. This excerpt below is taken from the Babylonian Talmud, which was completed around the 6th century CE. The vast collection of Jewish writing contains the saying of earlier rabbis (from the 2nd century CE and before) followed by commentaries from the rabbinic students of later generations (up to the 6th century). This particular talmudic discussion offers a window into how ancient Jews understood God and the function of prayer.

“Johanan says in the name of R. Jose: How do we know that the Holy One, blessed be He, says prayers? Because it says: Even them will I bring to My holy mountain and make them joyful in My house of prayer. (Isa 56:7) It is not said, ‘their prayer’, but ‘My prayer'(תְּפִלָּתִי); hence [you learn] that the Holy One, blessed be He, says prayers. What does He pray? — R. Zutra b. Tobi said in the name of Rab: ‘May it be My will that My mercy may suppress My anger, and that My mercy may prevail over My [other] attributes, so that I may deal with My children in the attribute of mercy and, on their behalf, stop short of the limit of strict justice.’

It was taught: Rabbi Ishmael ben Elisha says: I once entered into the innermost part [of the Sanctuary] to offer incense and saw Akathriel Yah (אַכְתְּרִיאֵל יָהּ), the Lord of Hosts, seated upon a high and exalted throne. He said to me: Ishmael, My son, bless Me! I replied: May it be Your will that Your mercy may suppress Your anger and Your mercy may prevail over Your other attributes, so that You may deal with Your children according to the attribute of mercy and may, on their behalf, stop short of the limit of strict justice! And He nodded to me with His head. Here we learn [incidentally] that the blessing of an ordinary man must not be considered lightly in your eyes.

Johanan further said in the name of R. Jose: How do you know that we must not try to placate a man in the time of his anger? For it is written: “My face will go and I will give thee rest” (Exod 33:14). The Holy One, blessed be He, said to Moses: Wait till My countenance of wrath shall have passed away and then I shall give thee rest. But is anger then a mood of the Holy One, blessed be He? — Yes. For it has been taught: “A God who has indignation every day (וְאֵל זֹעֵם בְּכָל־יוֹם)” (Ps 7:12). And how long does this indignation last? One moment. And how long is one moment? One fifty-eight thousand eight hundred and eighty-eighth part of an hour. And no creature has ever been able to fix precisely this moment except the wicked Balaam, of whom it is written: “He knows the knowledge of the Most High” (Num 24:16).”  Now, he did not even know the mind of his animal; how then could he know the mind of the Most High? The meaning is, therefore, only that he knew how to fix precisely this moment in which the Holy One, blessed be He, is angry. And this is just what the prophet said to Israel: “O my people, remember now what Balak king of Moab devised, and what Balaam the son of Beor answered him … that ye may know the righteous acts of the Lord” (Mic 6:5). (Babylonian Talmud, Berachot 7a – Soncino Translation with slight variation) 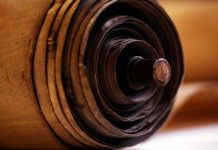 Josephus on Torah and Values in Jewish Life 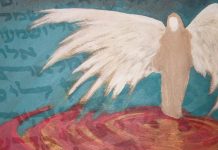 The Angels of Creation – Jubilees