Home Jewish Gospels Moses’ Serpent and the Son of Man

Jesus once said, “As Moses lifted up the serpent in the wilderness, even so must the Son of Man be lifted up; so that whoever believes will in Him have eternal life (Jn 3:14-15). As the Son of Man, Jesus will do something similar to what Moses’ serpent in did when Israel wandered in the wilderness. When a plague breaks out the Israelites for speaking “against God and against Moses” (Num 21:5), deadly serpents begin to attack the people. When the people cry out for help, God tells Moses to fashion a fiery serpent (נָחָשׁ שָׂרָף; nahash sharaf) and raise it up in the camp, so that when the people gazed upon Moses’ serpent they would be saved (Num 21:6-9). In light of this Torah background, the analogy that John draws between the miraculous salvation of Moses’ serpent and the Son of Man is clear: Just as the serpent in Numbers saved Israel from certain death, the heavenly Son of Man offers eternal life: all it takes is to trust and look upon the Son of Man.

But why did Moses make an image of a serpent and not something else? After all, the serpent (נָחָשׁ; nahash) seems an odd choice as a means for salvation, since the serpent in the Garden of Eden leads Adam and Eve to a loss of eternal life. Ancient rabbis taught that miraculous healing from God can always be distinguished from a more common, mundane healing. When a doctor does his job, he hurts the patient with a knife and later heals him by putting on bandages. But “unlike a physician, God smites and heals by the same very means” (Exodus Rabbah 26:2).

Moses’ staff was simultaneously a rod of blessing and a tool of great destruction. Likewise, the flood in Noah’s day brought death and judgment, but also renewed the earth and humanity. And that is why, when Israel is in the wilderness, one snake kills but another gives life. The snake that reminds us of our rebellion kills, but he who had no sin became a sin offering for us (2 Cor 5:21) to bring us life. 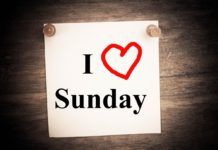 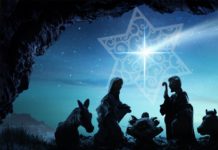