In today’s Jewish life cycle, the event and rituals associated with becoming a Bar Mitzvah play an important role. The ceremony to mark this event as practiced today is of medieval origin, but the fundamental concept traces back to the first century and earlier.

At the age thirteen, boys participate for the first time in the public Torah reading as adults – leading the synagogue in congregational worship. The father, however, plays an interesting role in this wonderful ceremony.

He pronounces a short blessing: בָּרוּךְ שֶׁפְּטָרַנִי מֵעֹנֶשׁ הַלָּזֶה (baruch shepatrani meonesh halazeh). In translation, it means something like this: “Blessed is He who released me from responsibility for this one”.

Until the time of becoming a Bar Mitzvah (literally “son of commandment”), the father has responsibility for his son. He is to offer him close guidance until such time that he will be able to engage with the Torah on his own. The idea here is not that the thirteen-year-old son is no longer in need of parental guidance. It does not mean that the boy is now permitted to desist from honoring his father or should no longer obey him. But it means that Torah from this point on becomes his primary guide instead of his loving father.

It is possible that the Apostle Paul, who was steeped in Pharisaic Judaism of the first century, understood this basic principle of close guidance transfer as well. He understood together with some other Jews of his time that now with the coming of the Jewish Christ, such responsibility transfer was taken to the next level.

In one of his letters to the gentile followers of the Jewish Christ, the Apostle Paul wrote about his countrymen’s experience with the Torah:

”Before the coming of the faith, we were closely guarded by the Torah (ὑπὸ νόμον ἐφρουρούμεθα συγκλειόμενοι), until the faith that was to come would be revealed. The Torah was our guardian (ὁ νόμος παιδαγωγoς) until Christ came that we might be justified by faith. Now that the faith has come, we are no longer under a guardian. (Gal. 3:23-25)

Later in the same letter, he stated that gentiles are in the same position as Christ-following Jews. They too must be primarily guided not by the Torah (no matter how wonderful and good it is) but by the Holy Spirit sent by Israel’s God at the request of King Jesus (John 14:26). In Galatians 5:18 he wrote:

But if you are led by the Spirit, you are not under the Torah.

Paul believed that the new age had dawned with the coming of the Messiah. This meant that the Christ-following Jews were no longer primarily guided by the Torah, but by the faith in Christ Jesus. However, just as in the case of the father and the Torah, the believers were not to disregard the Torah simply because they were now under the close guidance of someone who was even greater – Christ Jesus through God’s Holy Spirit! 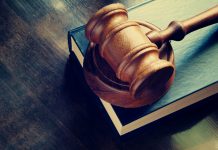 Is there One Law for Everyone? 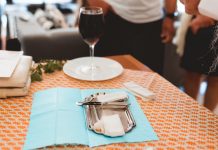 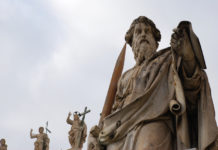