Paul’s first letter to Timothy suggests that people should not limit the kinds of food they eat because all food is created by God and is good: “For everything created by God is good, and nothing is to be rejected if it is received with gratitude; for it is sanctified by means of the word of God and prayer” (1 Tim 4:4-5 NASB). This New Testament teaching argues that since God created everything that surrounds us, including the things that we eat, that nothing should be gastronomically off-limits. However, in the Torah, God also expressly forbids Israel to eat certain animals (cf. Lev 11; Deut 14). So how should we understand First Timothy in light what God said in the Torah?

For some New Testament readers, 1 Tim 4 (along with Mark 7 and Acts 10) is a prooftext for showing that Jesus’ arrival marks the end of the Bible’s prior dietary restrictions. But there is a flaw in such logic: In Jewish understanding, the dietary restrictions are not laws for the entire world; rather, they are only for Israel. In relaying the dietary restrictions to the Israelites, God repeats that the prohibited animals are objectionable “to you” (להם lahem; cf. Lev 11:4-8, 10, 12, 20, 23, 26-29, 31). The inclusion of non-Jewish (Gentile) believers in Jesus’ flock does not abolish or change the Torah’s dietary restrictions for Israel since not all Torah commandments were equally applicable to Israel and to those members of the nations who sojourned with them.

Moreover, the passage in First Timothy is not discussing Jewish food laws at all. The Jewish laws apply only to “animals” בַּהֵמוֹת (behemot) and to חַיּוֹת (chayot) literally “living creatures” (Lev 11:2). First Timothy, on the other hand, addresses the eating of “food” in general (βρῶμα; broma in Greek, and מַאֲכָל; ma’achal in Hebrew)— not only foods that can be made from animals, but fruits and vegetables as well.

Finally, the larger context of 1 Tim 4 shows that food is not the real topic of the passage under discussion. Paul does not disapprove of the biblical diet, but rather criticizes ascetics who teach “doctrines of demons” (4:1), deny their conscience and lie (4:2), “men who forbid marriage and advocate abstaining from foods which God has created” (4:3). This language does not describe a Torah lifestyle, since Jews certainly do not forbid marriage and only exclude select groups of living creatures as food.

So if Paul’s words do not pertain to Jewish diet, whose notions about food is he criticizing? Judaism was not the only religious movement that regulated the adherent’s diet. For example, Egyptians refused to eat most animals based on their worship. Some Greek and Roman Cynics forbade all pleasures and enjoyments of life, insisting that people should only eat to stay alive. These are not Jewish ways; Paul’s focus seems to be not on Jewish dietary restrictions, but rather on broader restrictions of other religious groups. First Timothy insists that God created foods for which human beings should rejoice, rather than reject, and that we should enjoy the Lord’s abundance with thanksgiving (but it is unlikely that the laws of kashrut are in view at all). 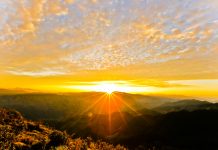