Home Jewish Gospels What is the Unforgivable Sin?

In Matthew 12:31-32, Jesus declares, “Every sin and blasphemy will be forgiven people, but the blasphemy against the Spirit will not be forgiven. Whoever speaks a word against the Son of Man will be forgiven, but whoever speaks against the Holy Spirit will not be forgiven, either in this world or in the world to come.” Often, Christians worry about whether they have committed this unforgivable sin unknowingly, particularly because this verse does not do much to clarify the nature of the transgression. This quandary provides a prime example of why it’s so important to read Scripture in context: the immediately preceding discussion between Yeshua and the Pharisees shows that the unforgivable sin is attributing the work of the Holy Spirit to the work of Satan.

When the Pharisees hear that Jesus has cast out a demon from a formerly blind and mute man, they assert, “It is only by Beelzebul, the prince of demons, that this man casts out demons” (Matt 12:24). Yeshua replies, “If Satan casts out Satan, he is divided against himself… and if I cast out demons by Beelzebul, by whom do your sons cast them out? Therefore, they will be your judges. But if it is by the Spirit of God that I cast out demons, then the kingdom of God has come upon you” (12:26-28). Jesus notes the Pharisees’ accusation that he exorcises by the power of Beelzebul (Βεελζεβοὺλ; Hebrew: בעל זבוב)—a Philistine deity that he associates with Satan (cf. 2 Kgs 1:1-4). However, Yeshua dispels this Pharisaic allegation by suggesting that it is not a demon that healed the blind man, but rather the “Spirit of God” (πνεύματι θεοῦ; pneúmati theou). The messianic exorcism that the Pharisees attributed to the work of a foreign god was actually achieved by the power of the Holy Spirit.

The takeaway from this passage is, on the one hand, that Christians might think twice about rushing to label another self-identified Christian ministry or movement as “demonic”—if the indictment is incorrect, it could lead to an interminable iniquity. This is why Jesus follows his exposition of the unforgivable sin by saying that “people will give account for every careless word they speak” (12:36). On the other hand, as long as believers are not in the habit of slandering their fellow Christians as satanic they can know that they have not perpetrated this unpardonable offense. To be sure, the New Testament says to “test the spirits to see whether they are from God, for many false prophets have gone out into the world” (1 Jn 4:1), but testing spirits in order to avoid false teachings need not include accusations of devilish dealings. Jesus advises that, in order to avoid swearing an oath falsely, one should not swear at all (see Matt 5:33-34). A similar principle applies in the case of the unforgivable sin: in order to ensure no slander against the Spirit… don’t slander at all. 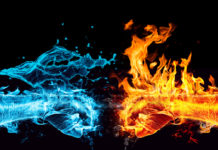