At the wedding in Cana, Jesus’ mother tells her son that the wedding guests have run out of wine. Jesus responds, “Woman, what does this have to do with me? My hour has not yet come” (John 2:4). Being a good Jewish boy, Yeshua listens to his mother and fills the empty jugs with superior wine. Taken in isolation, the “hour” (ὥρα; hora) to which Jesus refers might seem to indicate the time at which he begins to perform miracles. However, a broader reading of the Gospel—and a knowledge of ancient Jewish tradition—shows that when Jesus speaks of his “hour,” he means the hour of his death.

Near the start of the Fourth Gospel, John the Baptist calls Yeshua “the Lamb of God who takes away the sin of the world” (John 1:29). From the start of the narrative, Jesus is introduced as someone who will sacrifice himself in order to eradicate transgression. Indeed, the most famous verse in the whole New Testament says that God “gave his unique Son” so that those who believe in him would not perish in their sins (John 3:16). Thus, according to John, when the Messiah dies on the cross it will be an hour of glorification, not of shame. Yeshua declares, “The hour (ὥρα; hora) has come for the Son of Man to be glorified. Amen, amen, I say to you, unless a grain of wheat falls into the earth and dies, it remains alone; but if it dies, it bears much fruit” (John 12:23-24). Jesus equates his “hour” with the time of his sacrificial death, which will bring glory to God when iniquity is extinguished.

Yet, this impending hour is not without anxiety for Yeshua. To the contrary, he admits, “Now my life is distressed (τετάρακται; tetáraktai). And what shall I say? ‘Father, save me from this hour (ὥρα; hora)’? But it is for this purpose that I have come to this hour” (John 12:23-24). An ancient Torah translation into Aramaic known as Targum Neofiti (c. 300 CE/AD) contains similar references to an “hour of distress” during the near sacrifice of Isaac. While the original Hebrew text doesn’t record any of Isaac’s words as he is bound, a marginal addition in Targum Neofiti asserts that, just as Abraham raises the knife to slay his son, Isaac exclaims, “Father, bind me tightly, lest in the hour of my distress (שׁעת צערי; sha’at tsa’ari) I convulse and confound you” (TgNeof Gen 22:10). This Jewish translational tradition assigns an “hour of distress” to Isaac, though his father replaces his sacrificial death with that of a ram. In John, Jesus glorifies his Father in his own hour of distress as the sacrificial “Lamb of God” who takes away the sin of the world. 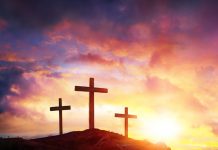 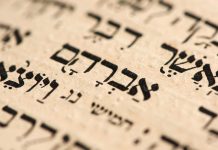 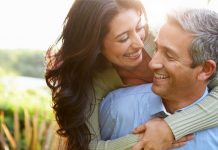