Home Hebrew Bible Why is Hebrew Poetry So Difficult?

Virtually all texts from the ancient Near East present modern readers with difficulty. Even in translation, the tone and style of ancient Near Eastern literature differs from contemporary works. The Hebrew Psalter, and other poetic portions of Scripture, is no exception to that rule. Typically, poetry is richer in its language than narrative prose, since poetry emphasizes two essential characteristics: parallelism and meter. While much has been written on the aspects of understanding Hebrew poetry according to these characteristics, scholars today are divided on their exact definitions. To make matters even more frustrating, no discussions from antiquity about poetic theory exist.

Even our understanding of some poetic forms and poetic subdivisions are sometimes imprecise. This concept extends to rare words, which are often misunderstood in psalmic superscriptions and spattered throughout the Hebrew Psalter. For example, Psalm 32 is labeled as a maskil (משׂכיל) and Psalm 16 a miktam (מכתם); but we don’t fully understand these terms. The mysterious Selah (סלה) has also presented issues and piqued the interest of scholars for the last one hundred years.

At this moment in scholarship, the significance of such terms and their respective contribution to an understanding of Hebrew poetry are lost to the mists of antiquity. However, despite a lack of full knowledge regarding the meaning and use of Hebrew poetic aspects, we can still rely on other sources from the ancient Near East to help us understand the original meaning of these highly artistic poems. Texts from the ancient city of Ugarit are a good example. Only about forty ancient cuneiform tablets survive, but they contain poetic traditions dating much further back than their time of writing (c. 14th/13th BCE). The study and reconstruction of parallel structures in the cuneiform tablets have been compared with texts from the Hebrew Bible, while drawing on help from Phoenician, Aramaic, Akkadian, and Arabic texts. With common repetition and parallelistic structures that pervade these compositions, we are able to understand poetic structure in the Hebrew Bible a little more clearly. 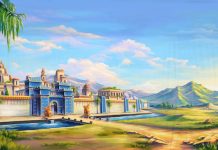 What Is True Wisdom? 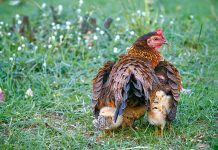 Did the Ancients “Wing” It? 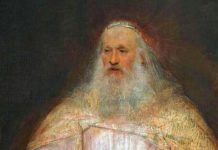 Were Abraham and God “Friends”?