Home Hebrew Revelation Is Vaccination the Mark of the Beast?

In times of crisis, the Bible brings comfort and clarity to millions around the world. As we face the difficulties and uncertainties of a global pandemic, Scripture is a reminder of past trials and future hope. Yet many readers use the biblical text as a kind of crystal ball that offers encrypted allusions to present predicaments. Recently, some have read Revelation’s “mark of the beast” as a coded reference to Covid vaccines. Public demonstrations against vaccinations have included banners that reflect protestors’ refusal to “take the mark of beast.” But this understanding of Revelation removes the mark from its historical context and forces a modern supposition onto an ancient idea. The original, Jewish meaning of the mark has nothing to do with receiving vaccines. Instead, for a person to take the mark of the beast is a symbolic way of saying that one has abandoned the commandments of God.

Revelation envisions a time when a beast will arise and cause “both small and great, both rich and poor, both free and slave, to be marked on the right hand or the forehead, so that no one can buy or sell unless he has the mark” (Rev 13:16-17). Certain Bible-believing circles have equated these words with the rollout of Covid vaccines; to receive vaccination is tantamount to being “marked” with the beastly blot. Even on a surface reading of Revelation, this equation is dubious. Vaccination needles go into arms, not hands or foreheads, and refusing a vaccine does not eliminate one’s ability to truck, barter, or exchange—online economic transactions don’t require vaccination cards. Understanding the real meaning of the beast’s mark depends on careful exegesis, not on current events.

When interpreters consult the pages of Scripture, rather than frontpage news, the biblical connotation of the mark becomes clearer. Revelation describes the mark being placed on “the right hand or the forehead” (Rev 13:16), which echoes the description of God’s commandments in the Torah: “You shall bind them as a sign on your hand, and they shall be as frontlets between your eyes” (Deuteronomy 6:8; cf. 11:18). Based on this verse, later Jews affixed Tefillin (תפלין)—small boxes containing biblical texts—to their hands and foreheads. In the Greek New Testament, tefillin are called “phylacteries” (φυλακτήρια; Matt 23:5), and observant Jews wear these ritual adornments during prayer to this day. Thus, from a Jewish perspective, it is immediately clear that the “mark of the beast” takes the place of the divine commands; to accept this mark is to reject the will of God. A vaccination shot is wholly unrelated to one’s ability to follow biblical mandates.

Revelation also invokes imagery from Ezekiel. Before the Babylonian exile, the Lord commands, “Pass through the midst of the city, through the midst of Jerusalem, and put a mark on the foreheads (תו על-מצחות; tav al-mitshot) of the people who sigh and moan over all the abominations that are committed in it” (Ezek 9:4). This “mark” (תו; tav) saves everyone who wears it from the destructive force of Babylon (Ezek 9:6). Revelation inverts the prophetic scenario. Rather than people receiving a mark on their foreheads for salvation, John envisions people getting marked for destruction. Those who are marked in Ezekiel represent the righteous remnant of Israel that has stayed true to God and upheld the heavenly commands; those marked in Revelation choose to side with the beast rather than the Lord.

The event in Ezekiel has precedent in Exodus. Describing the meaning of Passover, Moses tells his people, “You shall tell your child on that day, ‘It is because of what the Lord did for me when I came out of Egypt.’ And it shall be to you as a sign on your hand (ידך; yadekha) and as a memorial between your eyes, that the Lord’s teaching (תורה; torah) may be in your mouth” (Exodus 13:9). As in Ezekiel, those whom God saves bear the divine mark. Later in the same chapter of Exodus, Moses tells the people to consecrate their firstborn to God, and the rationale for this practice is a recollection of Israel’s salvation. “For when Pharaoh stubbornly refused to let us go,” says Moses, “the Lord killed all the firstborn in the land of Egypt, both the firstborn of man and the firstborn of animals… but all the firstborn of my sons I redeem. It shall be as a sign on your hand and frontlets between your eyes, for by a strong hand the Lord brought us out of Egypt” (13:15-16). The mark of the Lord signifies salvation from death and destruction, and Revelation presents the negative inverse for those who take the mark of the beast.

The “beast” (θηρίον; therion) that John sees is associated with Rome, which Revelation calls “Babylon.” The text goes on to describe the demise of the Roman empire and, by extension, all who have received the mark of the beast: “Fallen, fallen is Babylon the great…. If anyone worships the beast and its image and receives a mark on their forehead or on their hand, they will also drink the wine of God’s wrath” (14:8-10; cf. 18:2). While those who side with Rome meet with destruction, those who stay true to God enjoy everlasting life: “Those who had not worshiped the beast or its image and had not received its mark on their foreheads or their hands… came to life and reigned with Christ for a thousand years” (Rev 20:4).

Frankly, the notion that the “mark of the beast” is a Covid vaccine makes a mockery of the biblical message. If the beastly mark were a shot in the arm, it would mean that anyone who decided to protect themselves from a deadly pandemic would miss out on eternal life. Vaccination cards will not bar entry into the kingdom of heaven. Rather than being concerned about their names being on file at a vaccination site, Christians should be focused on having their names “written in the Lamb’s book of life” (Rev 21:27). 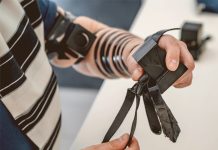 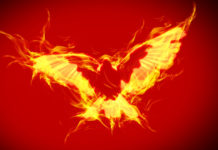 Who Are the Seven Spirits?