Home Jewish History Did Jews, Christians, and Muslims Ever Think Together?

Where do our beliefs come from? Usually we are unaware of their origins. This is true when it comes to economics, politics, religion, or any other realm. In Sunday school many children learn the famous “watchmaker argument” for a Creator: that the existence of a watch necessarily implies the existence of a watchmaker. In William Paley’s 1802 explanation of the analogy, it would be “absurd” to think that the watch had always existed and never been designed.

Yet few children (or adults) learn that more than 500 years earlier a medieval midrash (metaphorical rabbinic commentary) made the same argument! “Just as a house attests to its builder, a garment its weaver, or a door its carpenter, so too does the world attest to the Holy One who created it” (Midrash Temurah 5). Still fewer ever learn the history or roots of opinions and explanations that are not quite so famous. But many of these also arose in the Middle Ages and continue to influence our minds today.

The most influential medieval philosopher in the Jewish tradition was Maimonides (also known as Rambam) of the twelfth century; on the Christian side, it was Thomas Aquinas of the thirteenth century. Both these thinkers applied the rationalism of the ancient Greek philosopher Aristotle (fourth century BCE/BC) in order to interpret the Bible. Recently, when I was teaching a survey of Jewish interpretation styles, a student asked me if Aquinas had been influenced by Maimonides.

Now, Maimonides wrote in Judeo-Arabic and in Hebrew for Jews, and Aquinas wrote in Latin for Christians. Nonetheless, the answer to this question is most certainly yes! And Maimonides, in his turn, was deeply influenced by Islamic philosophers, who had translated and interpreted ancient Greek classics. All this fits a pattern that turned out to be of great importance for Western civilization: Aristotelian philosophy, preserved and passed on by Muslim thinkers, then adopted and retranslated by Jews, entered into the Latin Christian tradition and eventually stimulated the Renaissance.

As Prof. Isaac Husik remarked, “Jew, Christian, and Mohammedan, all in concert, with Aristotle as their common guide, and their several sacred books as a check, with diligence and enthusiasm pursued the truths of the world, of man, and of God.” Maimonides, for example, depends heavily on Abū Naṣr al Fārābī (tenth century) and accepts his view that theology must be subordinate to reason and proof. Aquinas adopts many of Maimonides’ arguments about Creation and argues with him about the details of “negative theology,” or the question of whether and how it is possible to speak about God.

According to Prof. Warren Zev Harvey, “Rabbi Moses [Maimonides] was for Aquinas the Guide to harmonizing Scripture and Aristotle.” Or as Prof. Israel Abrahams wrote, “The whole theology of the Christian scholastic [Aquinas] was tinged and molded by that of his Jewish predecessor.” Nor was this the end of the story. Parts of Aquinas’ own writings were translated into Hebrew and strongly influenced later Jewish thinkers! Many of the ideas that emerged from this mix of Greek, Muslim, Jewish, and Christian thought are still with us today, influencing religious arguments all the time, even if most of us don’t recognize their origins. 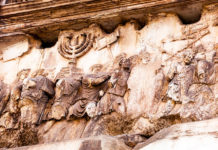 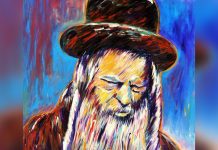