In the Bible, numbers have meanings beyond the digits on the page. A case in point is the quantity of Hebrew slaves that exits Egypt: “The people of Israel journey from Rameses to Succoth, about six hundred thousand (כשׁשׁ מאות אלף; k’shesh-meot elef) men on foot, besides women and children” (Exodus 12:37). Based on this verse, some estimate the total number of escapees exceeding two million. Archaeologists note that such a mass of people should have left behind a trove of artifacts but, to date, precious little has been unearthed. This disparity leads some readers to dismiss the exodus as unhistorical, but such a conclusion misses Scripture’s numerical symbolism. “Six hundred thousand” is not meant as a precise population—as the approximative prefix, “about” (כ), clarifies— but as a recollection of the sixth day in Genesis. In recalling the creation of humanity on the sixth day, Exodus shows that Israel’s emergence from Egypt marks a new and greater creation.

The outset of Exodus echoes the beginning of Genesis, and thereby frames the ensuing narrative as a new creation story. At the end of Scripture’s first chapter, God tells humanity, “Be fruitful (פרו; peru) and multiply (רבו; revu) and fill the land (מלאו את-הארץ; milu et-ha’arets)” (Genesis 1:28). Exodus shows that the Hebrews in Egypt fulfill God’s first command to human beings. After Joseph and his generation died, “The people of Israel were fruitful (פרו; paru) and multiplied (ירבו; yirbu)… and the land was filled (תמלא הארץ; timale ha’arets) with them” (Exodus 1:7). The beginning of Exodus repurposes the exact language of God’s command in Genesis in order to show the reader that what is about to unfold will be an instance of new creation.

Throughout the rest of Exodus, references to the sixth day of creation recur continually. For example, God provides two days’ worth of manna “on the sixth day” (ביום השׁישׁי; b’yom ha’shishi) so that the people will not need to gather food on the Sabbath (Exodus 16:5, 22, 29). When Moses receives the Torah on Sinai, God recalls creation again, declaring, “Six days (שׁשׁת ימים; sheshet yamim) you shall labor and do all your work, but the seventh day… you shall not do any work…. For in six days the Lord made the skies and the land, the seas, and all that is in them, and rested on the seventh day” (20:9-11; cf. 23:12). Such rest from labor also extends to the work of a Hebrew slave after “six years” (21:2) and to following “six years” of working the land with a fallow seventh year (23:10-11). Finally, the glory of the Lord covers Moses in a cloud for “six days” and God speaks to Moses on the seventh day (24:16).

All of these instances recall the sixth day of creation (and subsequent seventh-day rest) on which God fashioned human beings in the divine image. After this crowning creative achievement, “God saw everything that he had made and, behold, it was very good. And there was evening, and there was morning, the sixth day (יום השׁישׁי; yom ha’shihi)” (Genesis 1:31). Therefore, when “about six hundred thousand” emerge from Egypt (Exodus 12:37), the number provides another link to creation, and conveys the theological truth that freedom from slavery constitutes a new humanity in God’s chosen people. 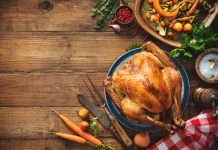 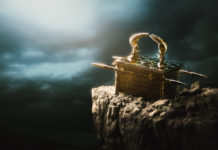 The Power of Hebrew 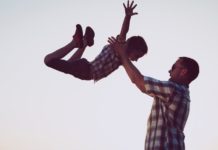