Home Hebrew Bible Did Eden Exist in the Wilderness?

At the end of Genesis 3, God expels the first human beings from Eden. Granted, God remains with the couple outside of the garden and Eve gives birth to her first son “with [the help of] the Lord” (Genesis 4:1), but Adam and Eve never returns to their initial abode. Yet, many years later, the garden of God reappears in the unlikeliest place: the wilderness between Egypt and Canaan. Israel’s desert camp serves as a new Eden in which the chosen people continue the communion with God that began in the garden.

The opening chapters of Genesis describe God’s creation of humanity, divine-human intimacy in the garden, and the ultimate expulsion from Eden. On the sixth day, “God created humanity in his image; in the image of God he created it; male and female (זכר ונקבה; zekhar u’neqevah) he created them” (Genesis 1:27). In a more specific description of the first human’s creation, God “breathed into his nostrils the breath of life and the human became a living person (נפשׁ; nephesh)” (Genesis 2:7). In response the consumption of the prohibited fruit, “God sent out (שׁלח; shalakh) [the couple] from the garden of Eden… and cherubim dwelt (שׁכן; shakhan) at the east of the garden” (Genesis 3:23-24). All of this Hebrew language in Genesis—“male and female,” a person’s life, the act of sending out, and divine dwelling—reappears when the newly freed Hebrew slaves wander in the wilderness.

After the Israelites construct their movable camp in the Sinai desert, God speaks to Moses, saying, “Command the children of Israel that they send out (שׁלח; shalakh) of the camp everyone who has a skin ailment… and anyone who becomes unclean through [contact with] a [dead] person (נפשׁ; nephesh). From male to female (זכר עד נקבה; zekhar ad neqevah) you shall send out (שׁלח; shalakh)… so that they may not defile their camp, in the midst of which I dwell (שׁכן; shakhan)” (Numbers 5:1-3). God’s commandment both echoes and inverts what occurs in Eden. Similarities include unclean males and females being sent out of the camp just as the first male and female were sent out of Eden. However, the desert scene also diverges from Genesis in its mention of contact with a dead person—the exact opposite of the living person that receives God’s creative breath. These echoes of Eden highlight an important reality that might not register without a knowledge of Hebrew: as the Israelites wander in the wilderness, God mandates the camp to be a new garden, in which the Lord dwells and communes with humanity.

In fact, the camp becomes an even more hopeful version of Eden insofar as, unlike with Adam and Eve, those who are sent out are allowed to come back. Later in Numbers, God specifies that anyone who is rendered unclean through a skin ailment or contact with a corpse can return to the camp after only “seven days” (Numbers 12:14-15; 19:11, 14-16; 31:19). Once again, the wilderness experience echoes the creation according to Genesis, in which God organizes the heavens and the earth in only seven days. In this way, the Torah reveals that life in the wilderness includes an Edenic dwelling where God and humanity walk with each other as they anticipate shared life in the Promised Land. 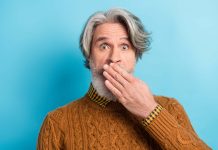 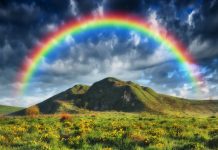 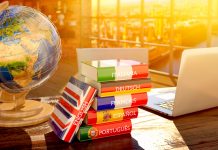