Anyone who has read past the first pages of the Bible knows that Adam and Eve were the only people in Eden. After the two eat of the forbidden fruit, the man and woman are cast out of the garden. While humans are barred from going back to Eden, God has a habit of bringing that primordial paradise to humanity. For instance, when Hagar flees into the wilderness, she and Ishmael find themselves close to dehydration. At this point of desperation, the arid desert begins to look like lush Eden and, just as the Lord clothed Adam and Eve, God intervenes again for two people in need of protection.

After the birth of Isaac, Abraham and Sarah send away Hagar and Ishmael into the “wilderness of Beersheba” (Genesis 21:14). It’s not long before Hagar’s skin of water is gone and the two are at the mercy of the desert sun. In an apparent attempt to offer Ishmael some shade, Hagar “put the child under one of the bushes (שׂיחם; sichim)” (21:15). At this point, Beersheba begins to remind the reader of the world just before Eden, “when no bush (שׂיח; siach) of the field was let in the land” (Genesis 2:5). In all of Genesis, these are the only two verses that refer to a “bush” (שׂיח; siach). For Hagar, bushes are in the land, and her use of this divine gift parallels the herbage that appears once God establishes Eden.

Just before God plants the first garden, “a mist was going up from the land and was watering (השׁקה; hishqah) the whole face of the ground” (Genesis 2:6). The Hebrew root-word for “watering” is שׁקה (shaqah), which means “to drink”—and this is exactly the same word that’s used when Hagar gives Ishmael a drink from the well in the wilderness: “She saw a well of water… and she filled the skin with water, and she watered (שׁקה; shaqah) the child” (Genesis 21:19). In order for Hagar to see this well, “God opened her eyes” (21:19); similarly, the first humans’ “eyes were opened” in Eden after eating the forbidden fruit (3:7; cf. 3:5). The important difference is that “God” (אלהים; Elohim) opens Hagar’s eyes for her salvation, while Adam and Eve open their own eyes before their expulsion. Given her own little Eden, Hagar relies on God rather than herself.

Finally, after God saves Hagar and Ishmael from Beersheba, Abraham plants a tree there: “Abraham planted (נצב; natsav) a tamarisk tree in Beersheba and called there on the name of the Lord, the everlasting God” (Genesis 21:33). In making this agricultural addition in Beersheba, Abraham echoes God’s greenery in Eden: “The Lord God planted (נצב; natsav) a garden in Eden, and there he put the human whom he had formed” (2:8). For Hagar and Ishmael, the wilderness of Beersheba becomes their own Eden. By recalling descriptions from the first garden in Hagar’s story, Scripture shows that God’s saving presence can turn barrenness to bliss.

Between Zeal and Jealousy 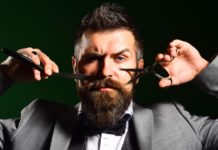 Why Don’t Jews Cut the Corners?